Laurence Brophy, now living in Pencoed, has agreed to take on the task of raising money for homelessness charity Llamau, where daughter Katy works, as a keen athlete since his teenage years.

Last year, he took up the challenge thinking that he would be the oldest man to complete the trip, but by one year he missed the record, and he returned hoping to replicate the feat and claim the record.

When he is on a mammoth bike ride, which takes 2,000 miles, Mr Brophy sleeps rough.

A French school teacher well into his seventies, what Mr. Brophy may lack in raw ability with fantastic stamina and drive he makes up for, Ms. Brophy said.

He’s brilliant, what he’s done in his life for charity is beyond comparison to what any of us might understand. We are all very proud of him.

Throughout his life, Mr Brophy has raised thousands for Llamau as well as other causes, but with the highest of duties, this is possibly up there.

He’s been sleeping in a bus shelter so far a few sides of the road, under a bridge, and in a farmer’s shed.

He claims he’s been drenched in wild weather, but he added that he knows that there’s no alternative for many homeless people as to where they sleep at night. 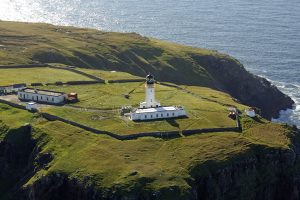 Spring Cycling is officially here And, traditionally, that means change is in the air. The warmer weather is heating our bike seats and with…

New Continental Ruban and eRuban Plus

Continental has today unveiled two additions to its award-winning range of bicycle tires in a new product category for the brand: the ‘SUV-Allrounder.’ Harnessing…

KASK unveils the Wasabi: A helmet for all seasons

Debuted by the INEOS Grenadiers at Strade Bianche, the Wasabi features adjustable airflow channels and a moisture-wicking Merino wool lining – for every ride,…