Cannondale has increased the prices of its models and components on sale in the UK because of the Brexit vote. 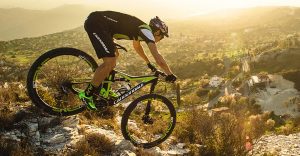 Cycling retailers have been saying since last June’s referendum that due to the Pound’s fluctuating value against other currencies, notably the euro and dollar, it would be forced to increase the cost of its products in the UK.

It is thought, however, that most leading brands were unwilling to make the first move, until Cannondale opted to increase its prices on January 1. However, not all components and bikes have seen a price rise.

“The reason for this is the continued performance of the pound. Anything coming into the UK is now more expensive, we can’t get around that. In order to make a profit, we need to increase the price,” Clive Gosling of Cycling Sports Group – a Cannondale distributor.

“As of January 1, the price of Cannondale bikes have increased on average by 6.74 per cent across the board. Some have increased by 10 per cent and some by nothing, depending on the model and components.

Prices are going up because of Brexit and because of the weakness of the pound following the Brexit vote.

Specialised recently wrote to dealers saying that prices would increase for 2017, but didn’t specify by how much.

Raleigh and Brompton are two brands who have already increased their prices, the former doing so just days after the Brexit vote.

Industry insiders have warned for several months that there will be price rises, with some suggesting by as much as 25 per cent.