Shropshire boasts some of the more picturesque towns and cities that the UK has to offer, and Ludlow is certainly no exception. The historic market town is famed for its abundance of high quality local produce, bustling medieval town centre and quaint back streets brimming with listed buildings, antique, book and craft shops. 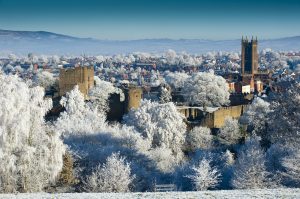 However, the town’s centrepiece is undoubtedly the 11th century ruins of one of the first stone castles, perched upon a cliff that hangs over the River Teme. Ludlow Castle offers a glimpse into a period of English history all year round, but it is the festive period where this destination really springs into life. This year, the Medieval Christmas Fayre takes place on the 27th and 28th November, and there are over 100 exhibitors, jesters and fighting knights, as well as demonstrations and workshops.

Combining this festive weekend with a breathtaking ride around rural Shropshire will be sure to get you in the mood. Starting at the castle itself, you can begin by heading north to Bromfield, before passing through the villages of Wigmore and Burrington to follow the circuit back round towards the stunning Shropshire Hills and Mortimer Forest, near to where the castle is situated.

There are few places more atmospheric than the Lake District during the winter. The rolling hillsides shimmering in crystalline joy; those piercing morning rays illuminating every snowflake. And while winter has certainly arrived, the icy serenade of the festive period brings out the warmth within.

Ambleside is very popular with walkers and climbers and is one of the best bases for exploring the Lake District. A short walk from the centre of the village leads to Stock Ghyll Force, a spectacular 70 foot waterfall, while the 17th Century Bridge House over Stock Ghyll beck is one of the most photographed scenes in Lakeland. 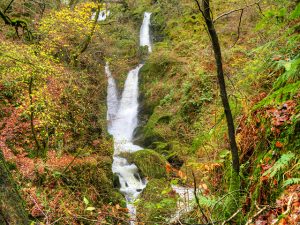 While the town has had to put a halt on proceedings with the annual Christmas lights event, decorations will still be put up for the festive season and it makes for a spectacular but cosy viewing during the cold weather.

Away from the town, Ambleside is nestled between stooping hills carved with endless bike trails and mountain tracks, while it also marks the head of Windermere – England’s largest natural lake. If you are looking for a two-wheeled festive break, the Lake District combines the best of both.

Heading towards the coast now, and more specifically to the north of Wales where you’ll find the nation’s largest seaside resort.

The town is home to the renowned natural landmark the Great Orme – a dramatic limestone headland deriving from the Old Norse word for sea serpent, while ancient tunnels lead to a cavern at the Great Orme Mines. A 1902 tramway, which remains in incredible condition, has an upper and lower section and travels to the headland’s summit.

The charming 19th century promenade along which you will find the immaculate Llandudno Pier provides the backdrop for all the festivities the town has to offer. This year, the free-to-enter Christmas Extravaganza is planned for November 18th, 19th, 20th and 21st, and boasts market and craft stalls as well as a number of vintage fairground rides, exhibitions and entertainment.

While the town itself offers picturesque cycle paths along the coastline, there are also steady climbs out towards Deganwy. It is also in very close proximity to Snowdonia National Park which is bursting with designated cycle routes, as well as mountain biking trails for the adventurous.

Yorkshire is home to an abundance of cosy, festive destinations during the winter months, and the coastal town of Whitby could be the perfect Christmas getaway.

The town itself is split in two by the River Esk which eventually flows the North Sea, creating a wondrous natural valley lined with traditional coastal buildings. The East Cliff is home to the ruined Gothic Whitby Abbey which overlooks the sea and was Bram Stoker’s inspiration for “Dracula”. The spooky remains are the perfect place to begin a cycle route along the Cindertrack towards Scarbrough – it takes in historic sites, secluded coves, and has fantastic views all the way. The going is relatively flat, involves very little on road cycling and stretches for a healthy 21 miles. 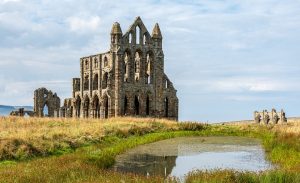 The festive season is also the perfect time to visit Whitby, with quirky eateries and cosy pubs providing much needed warmth from the gloomy December mist rolling in from the North Sea. The town hosts an incredible annual Christmas festival which features a three-day festive market, street theatre installations, as well as an innovative drone lighting display much like the one seen in last year’s New Year’s display in London. This year’s festival starts on the 26th November and runs through to the 28th.