The well-documented ongoing fuel crisis has dominated the headlines and our television screens for over two weeks, with empty forecourts and large queues causing chaos across the country.

London and the south east which are more populous, as well as being more geographically dense, have been acutely affected with full petrol station closures still rife across the region.

With these shortages comes a whole host of problems, particularly for those who rely solely on fuel to carry out their work, but also those who usually drive to work or have to be somewhere in an emergency situation.

With this in mind, it seems a large proportion of people have been quick to ensure they are able to get around in the face of such desperate times. Decathlon, the popular bike retailer, says that sales have risen 119 per cent this month as well as particularly strong sales of commuter models, up by 194 per cent, which the retailer attributes to people switching to two wheels for their commute. 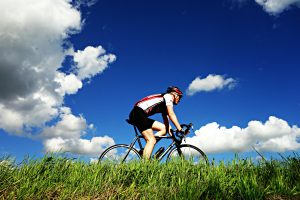 David Martin, the company’s UK Cycling and Active Travel Commercial Leader, said: “We have seen significant spikes in our bike sales over a very short period, which has been impacted by the shortages of available fuel as people seek alternative ways to get to work, and over worries that they won’t be able to get hold of any bikes if they wait too long.

“It is worrying to see so much panic buying happening across the UK, however customers can rest assured that Decathlon is here to support those looking for alternative travel methods and that there is no shortage of bikes at Decathlon.”

This, coupled with the a 26 per cent increase in the number of cycling trips last year, and cyclists collectively riding two thirds further than the distance they did in 2019, means bike sales continue to spike. Although the previous jump in consumer spending was largely due to the pandemic, it seems this latest development alongside the wide array of bikes now available and an even greater push for carbon-free travel means this trend looks set to continue.