We’ve left on Saturday 05th of September 2020 at 9.30am from Ahetze, a small village next to Biarritz in France. Our plan is to travel around the world for the next five years. Kali and Mutxo are the names we gave to our bicycles. Fred is riding Kali a SPECIALIZED bike and Pantxika is riding Mutxo a TREK bike. After a last check on the bikes and luggage and saying goodbye to our friends and family, we were finally off to our journey. We’ve spent nearly a month in our mother’s place where, of course, they force feed us, telling us we should eat what they prepared because we won’t get it where we were going. So, we were not in a very sharp condition to start the trip but it would come along the way. We’ve decided to cross France going through the centre as we would take the opportunity to see friends and family members on our way.

We were very lucky as the weather was brilliant. The first region we’ve crossed was “Les Landes” which is flat but full of sand so quite difficult to ride off the road with fully loaded bicycles. After few attempts, and making a progress of two kilometres in one hour as we came across a small sand dune, we decided to stay on tarmac roads as much as possible. Pine trees were everywhere (which after few days it started to be a bit boring) but in the mean-time we were discovering our own country like we’ve never seen it before. All the people we were meeting along the way were really nice and very helpful when needed. This is only our second trip by bicycle, so we have still plenty to learn. After a week of wild camping in forests and fields, and realising the hunting season was starting, we thought it was time to start knocking on doors to ask the people if they could lend us a piece of land to spend the night to feel a bit more secure. It seems pretty easy when you think about it but as soon as we had to do it, it became a bit more stressful. The first person we’ve been to see refused to accommodate us, this didn’t help, but the second one, an old lady which was living alone agreed to  let us sleep in her garden while she was watching the Tour de France and as soon as she finished watching it, she kept coming  to make sure we were fine. We’ve then realised asking people for help is not so frightening, the worst can happen is to get a no as an answer but in most cases, people will give you a positive one and the moment we would spend together will become magical. To support their story go to
https://www.justgiving.com/crowdfunding/kalimutxoworldtour

Pantxika Goyhetche and Fred Lolliot are a french couple who lived in Chester U.K. for the last 7 years. In August 2018 they decided to make their first trip by bicycle from Chester to Hendaye in France using the Eurovelo 1 known as “la Vélodyssée”. As they really enjoyed this first experience they became obsessed to do an around the world trip. Kalimutxoworldtour was born which is the name of their two bicycle, Fred is riding Kali and Pantxika is riding Mutxo and after two years of preparation, they took off on Saturday 05th September 2020 from Ahetze, a small village next to Biarritz in France, for a five years journey to cross as many countries as they can. 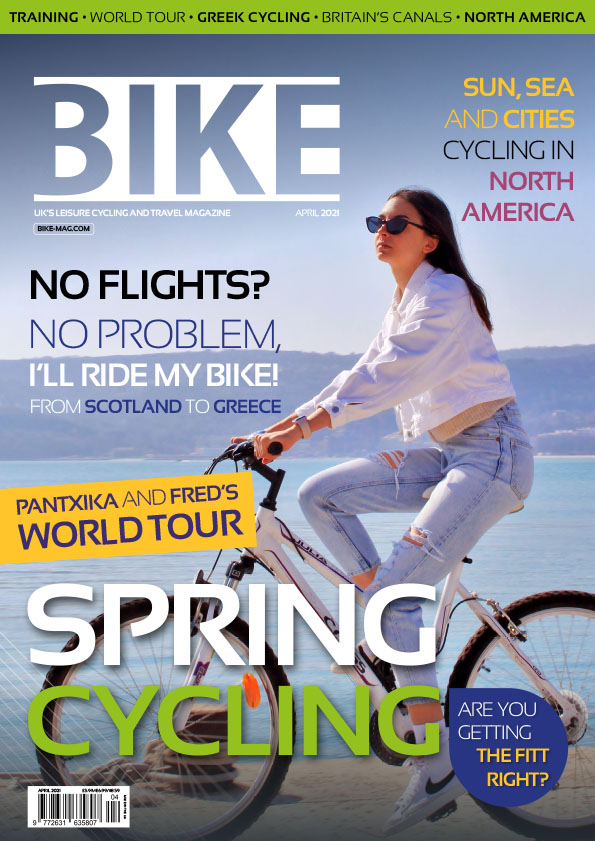