Pellizzano to Molveno: Gracious queen stage and a day to catch your breath

After the difficult fourth stage, the 99-kilometre long and 3,270-metre-high queen stage from Aprica to Pellizzano was a little more merciful to the more than 600 participants. But it was not until the fifth stage from Pellizzano to Molveno that they were allowed to take a deep breath. With 78 kilometres and 2,400 metres of altitude difference, this stage was not only shorter and “flatter”, but also less technical

After the three demanding stages at the beginning of the seven-day stage race, most participants, despite their preference for gravel, stones and roots, were very grateful for the actually too long asphalt sections of the queen stage. “It was just right for the long stage. You could find a good rhythm on the mountain,” said Raphael Steil, the single starter from Luxembourg, describing the long asphalt climb up to Case di Viso. Christina Baganz and her daughter, two German riders who never lose their fun when biking, also explain that the third stage was shorter but much more strenuous.

The last two days were especially exhausting and exciting for the two first-place finishers in the men’s individual classification. Giulio Valfre lost many minutes to the leader Marek Sülze due to a defect on the queen stage, and in turn, the leader was plagued by the devil of defects on the following stage and lost the lead he had built up the day before after two punctures, so that both found themselves in the usual close distances again – Giulio Valfre in second place and Marek Sülzle in the first place.

One would think that the two would definitely want to maintain the tension until the end of the race. Third place in the men’s category is currently held by Jens Schuhmann.

In the men’s team category, Manuel Pliem and David Schöggl of Team Pure HUMANPWR KTM 1 are still clearly in the lead, despite a small collapse of the two leading teams on the queen stage. The rest of the podium also seems to be unchangeable with the second-placed Tim Smeenge and Roel Verhoeven from Team KMC and the third-placed Lennard Heidenreich and Jan-Frederik Finoulst from Team MAXXIS Velomotion.

The ranking in the women’s team classification also appears quite stable. After their enormous race to catch up, which was rewarded with the SCOTT Attack jersey, Imke Wiedemann and Anna Schmitt have worked their way up to a solid third place. Second place still belongs to the two ladies of the SCOTT Contessa Team, Carina Mohr and Conny Bucher. Danièle Troesch and Lorenza Menapace continue to dominate first place.

Meanwhile, the fifth day of the MAXXIS BIKE Transalp is coming to an end. Two last exhausting but wonderful days will follow. And at the latest when the more than 600 participants roll over the finish line in Riva on Saturday, the physical and mental exertions that a BIKE Transalp entails will not be forgotten but cherished.

Because – and this is no sentimental rapture – cycling into the finish is a moment in which all the good and bad emotions of the last seven days come together in an unforgettable feeling of happiness. And it is precisely this suffering that makes such an epic moment possible. We are curious to see how the participants themselves will describe their feelings under the finish arch.

More information about the race, details about the course and the stage towns can be found at https://bike-transalp.de/en/. Here you can also find live results and press images during the seven-day race, updated daily. 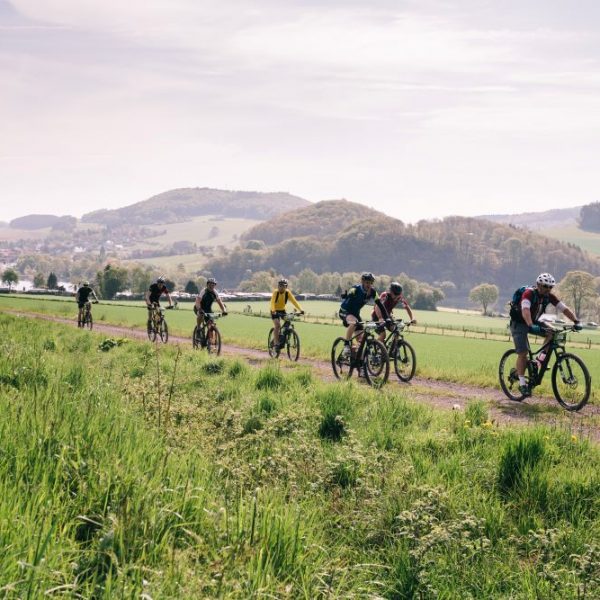 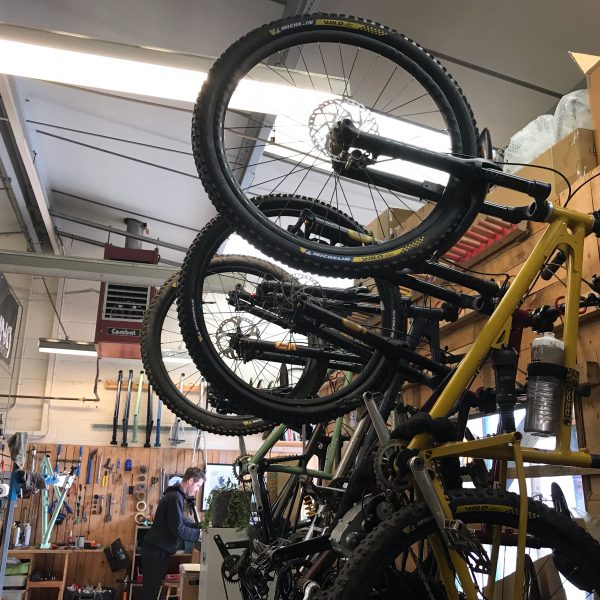