Tour of Britain Preview: Everything You Need to Know About This Year’s Event

Looking Ahead to this Year’s Tour of Britain

The Tour of Britain returns to the racing calendar after being halted by the coronavirus pandemic in 2020, and the anticipation for this year’s race has been ramped up by talk of increased difficulty for the field.

The race commences on Sunday 5th September in Cornwall and the riders will face a collective 1308.5km cycle before the tour wraps up in Aberdeen the following Sunday.

The tour will visit Cornwall for the first time since its inception with the Grand Depart taking place in Penzance, following a picturesque route all the way through to the famous moors in Bodmin to begin the tour. Stage one will see competitors hit a 500m climb that starts at 13% and averages 5% before flattening off in the final 250m of the stage, passing through landmarks such as the Eden Project and St Ives in what promises to be a spectacle for roadside fans. 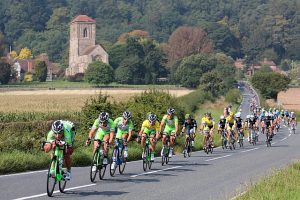 Stage two then sees the tour move to neighbouring county Devon, starting in Sherford and crossing the equally picturesque backdrop of Dartmoor to finish in Exeter. It will see the first real test for the climbers in the pack at Rundlestone, which includes an 8.7km ascension, before climbing even further to Warren House Inn which sits at 1,425 feet above see level making it the highest pub in the South of England.

Another first for the Tour of Britain sees stages three and four hosted in Wales, the first of which being the second ever team time-trial through Carmarthenshire, before the longest of the eight stages sees the riders face a gruelling 210km ride through mid-Wales. This includes crossing through Snowdonia National Park where a brutal ending to the stage sees the race head up the Great Orme Marine Drive toll road, which is a   1.9km, 9.8% average climb that runs parallel to the famous tramway.

The tour then moves back to the North West of England, starting at Alderley Park and following a 150km route all the way to the finish line in Warrington, where the the winner will be claim victory in front of the town’s famous Golden Gates that guard Warrington Town Hall. After meandering and climbing through Cheshire and the foothills of the Peak District, the finale in Warrington is expected to be the first sprint finish.

Before the 2021 tour enters Scotland, stage six sees a coast-to-coast trek starting in Carlisle and following a similar route to that seen in the last three iterations of the tour across the North Pennines in Cumbria. However, the race 198km race will culminate outside the iconic Angel of the North sculpture, seeing Gateshead host its first stage finish since 2009.

The tour wraps up in Scotland, with stage seven heading to Hardwick for the first time, while Edinburgh will host its first stage finish having welcomed two starts in 2015 and 2017. To complete the tour, Aberdeenshire will host the most northerly stage ever in the Tour of Britain following a 173km cycle round the East Coast. It will feature a much-anticipated ascent of the famed Cairn o’Mount climb in the opening kilometres, before this year’s overall winner will be crowned on Aberdeen’s picturesque Esplanade on September 12th, some 700 miles from the initial starting point in Penzance.

Alongside WorldTour teams such as Deceuninck and Ineos Grenadiers, the Great British Cycling Team have also announced their line up which includes six senior academy riders;

Great Britain Cycling Team Performance Director, Stephen Park, said: “The Tour of Britain gives our riders the development opportunity to pit themselves against some of the biggest names in the peloton, to race on home soil, feel the excitement of home crowds cheering them on as they develop their skills and seek to deliver performances on the world stage.”