All Points North: New Documentary Captures a Gruelling 1000km Journey Through the North of England

All Points North Captures the True Nature of Ultra-Endurance Rides

All Points North is a self-supported, ultra-distance, endurance cycling event. Participants set off from Sheffield with the challenge to ride to 10 control points spread around the north of England, before returning to the city in a loop for a congratulatory meal.

Riders are afforded the opportunity to carve their own route around the checkpoints, and can either ride solo or as a pair. Once out on the road, riders have to be completely self-sufficient, and must follow the event rules which means the inability to accept support from anyone throughout the duration, much like well known endurance races such as the Transcontinental or the Race Across America.

As mentioned, the documentary itself follows follows Kinesis brand ambassador Rupert Robinson, who represented Team Kinesis in the inaugural Trans Alba race around Scotland, placing 3rd pair in 2019. Rather incredibly, Robinson finished this particular challenge in ninth place with less than an hour of sleep, riding 1,000km with 15,000m of climbing in 60 hours and 16 minutes.

Speaking after completing All Points North, which he entered for the first time, Rupert Robinson said:

“You have to be motivated to do something like this. And if you can achieve things like this, then other things in life can seem quite easy.

“There’s times when you’ll really be wondering why you are doing it, why are you pushing yourself through this, why are you telling your body to keep going.

“But at the end it’s because you really want to, and that’s the same you can apply that to different things in your life. If you really want to do something, then you can. You know it’s going to be hard, but you know just crack on and persevere.”

Setting off from the event headquarter at A Different Gear, a not-for-profit bike shop in Sheffield’s suburb Heeley, 68 riders started at 8pm on 4 September 2021. Out of the 68, 17 were rookies, who started eight hours before the other riders. 45 riders finished, among them 26 solo riders and three pairs, including a tandem.

While it is certainly a test of physical and mental capacity, All Points North makes full use of the north of England and all its crowning beauty. Beginning in the traditional steel city of Sheffield, notable checkpoints include Upper Coquetdale near the military firing range, which was the most northerly point of the challenge near the border with Scotland. 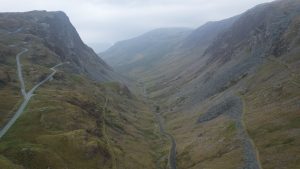 Elsewhere, Honister Pass in Cumbria provided the toughest climb throughout the 1000km journey, with a gut-wrenching 25% gradient, while Runswick Bay on Yorkshire’s utterly charming, unspoilt coastline provided the riders with some much needed downtime on the bike.

Event creator Angela Walker, who has plans for the 2022 edition to take place between the 2nd and 5th June, spoke on the race’s potential as a stepping stone for similar endurance rides. She says:

“We always envisaged it as a precursor to people who wanted that stepping stone on to something bigger, like the Transcontinental. I wanted to try to recreate that feeling of making sure that riders at least got a chance to ride through the night or to give it a go on the first night. This year we’ve had Honister Pass in there as a climb, which was going to be pretty tough, depending on where riders decide to put that in their route.”

Filmmaker Markus Stitz, who expertly captures the motion and resilience of the competitors, followed Robinson and other riders to give viewers not only a personal insight into the race, but also to document the stunning landscapes the event traverses. He comments:

“I was fascinated by the variety of landscapes in the north of England that provided such a stunning background to All Points North and Rupert’s human story, cycling 1,000km in just over 60 hours with such little sleep. 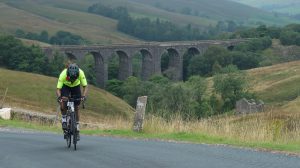 “It was a challenge to follow Rupert throughout some of the remote parts, but I also had the chance to savour some amazing moments, like the first sunrise in Runswick Bay, the sunset over the Yorkshire Dales and the patchy morning fog on the last day near Sheffield.”