Cavendish Can Surpass Eddy Merckx With One More Stage Win

In what could well be Mark Cavendish’s final Tour de France, the 37-year-old will have to overcome some tough challenges following the unveiling of the 2022 route last week.

The Deceuninck-QuickStep member will be attempting to surpass the great Eddy Merckx’s nearly 50-year-old record of 34 stage wins, which he equalled with four overall stage wins in 2021. 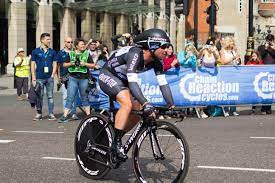 The tour’s greatest ever sprinter nearly sunk into retirement at the end of 2020 following a gritty race at Gent-Wevelgem, but at 37, he now has the opportunity to etch his name into the history books at cycling’s most prestigious race.

While you certainly would fancy Cavendish to make his mark on one of the seven sprint stages in 2022 (one less than this year’s race), the flat stages are less than favourable for bunch sprints, which could put a spanner in the works for him and his fellow teammates.

Breaking it down and analysing the first stage in which a potential win could swing in his favour reveals elements that could throw up surprises for the sprint specialists. Most notably, stage two, although taking place in the notoriously flat geographical landscape of Denmark, follows a route in close proximity to the coast. While the entire peloton will be wary of strong coastal winds, the stage features a 17km-long bridge, which will almost certainly draw in wild and unpredictable gusts of wind; this will have an effect on the strategies of those looking to finish with a sprint.

Elsewhere, the seven mountain stages in 2022 are much more substantial than in 2021; there are three in the Alps and four in the Pyrenees. Before his return this year, Cavendish hadn’t featured in a Tour since 2018 during which he was eliminated for finishing outside of the maximum time allowed (an hour behind winner Geraint Thomas) on stage 11, which was a short mountain climb.

This, again, may have an affect on his chances if he nears elimination again. Furthermore, stage 13, another potential sprint finish immediately follows two gruelling stages in the Alps including a trio of climbs: the Col du Télégraphe, Col du Galibier and Col du Granon. The final ascent averages a gruelling 9.2% over 11.3km.

The stage between Lausanne and St Etienne will inevitably be a battle for the green jersey, but it will be contested with tired legs and on rugged roads, which makes it much harder to control for Cavendish and his team.

“It’s going to be a very hard Tour de France,” Cavendish said when the route was unveiled.

“Of course, starting from Copenhagen, where I became world champion, brings back a lot of great memories, but those first days after the time trial could be really hectic.

“There aren’t as many chances for the fast men as in the past, so you’ll need to try to make the most out of every opportunity.”

2021 was inevitably an easier route with the Olympics following immediately after, with organisers attempting not to deter the best athletes from competing. However, he finds himself amongst an exceptional team in Deceuninck-QuickStep and although the stakes will be much higher with the added attendance and increased pressure of a stage win, the motivation to clinch the record will almost certainly put a spring into the step of the veteran sprinter.

Carbon Neutrality Must Become the New Norm in Pro Cycling