The conversation surrounding cryptocurrency has become increasingly intense as the real world application of these alternative assets starts to become more apparent.

While the blockchain technology, the term used describe the decentralised public ledger in which every transaction is recorded and verified, is still very much in its infancy, the rapid rise of this uncharted sphere is starting to be felt in sectors where it thought previously inapplicable.

Therefore, we’ve decided to have a look at who and where in the cycling world is starting to utilise cryptocurrencies. 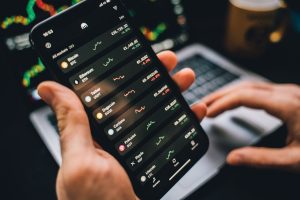 Non-fungible tokens, or NFT’s, are unique pieces of data that exists on the same blockchain technology as cryptocurrencies; they are non-interchangeable and therefore cannot be replaced with something else. For example, a Bitcoin can be traded for another Bitcoin and you have exactly the same value, whereas NFT’s are unique in their very existence.

Therefore, NFTs can really be anything digital such as drawings, music, but a lot of the current excitement is around using the technology to sell digital art.

A notable example within cycling can be found when iconic Italian bike brand Colnago released their own NFT ; a 3D rendering of a special edition C64 road bike. The C64 NFT was sold, with full validation on Bitcoin’s ledger system, for 3.2 wETH tokens, or approximately £5200. This means that the owner of this unique piece of data has a digital bike that cannot be used in the real world. Yes, we are as baffled as you are…

However, Colnago will also become the first manufacturer  to link its physical products to a virtual, distributed ledger. This is a way of ensuring the validity and proof of ownership of new Colnago frames. Colnago will begin to leverage blockchain technology across its frames starting in 2022.

Elsewhere, Deceuninck–Quick-Step rider Mark Cavendish released his own line of NFT’s back in July, just before emphatically claiming four stage victories at the Tour de France. Each card – a ‘one-of-a-kind’ piece of memorabilia – is signed by Cavendish.

50cycles, a UK-based bicycle manufacturer has developed the world’s first e-bike capable of earning cryptocurrency. The bike, dubbed ‘Toba” has the capacity to generate LoyalCoin at a rate of about £20 for every 1,000 miles travelled. Once you’ve earned enough coins, you’ll be able to either trade them in for Bitcoin, Zen, Litecoin or Digibytes.

“At the moment we are working with LoyalCoin to reward our customers, but eventually the Toba bikes will have their own digital coin which will become one of thousands of currencies of the future, and the Toba will allow riders to become an integral part of its growth,” 50cycles founder, Scott Snaith told Cycling Industry. “As the technology improves, we envisage that our customers will be as excited as we are when they start earning rewards simply for using the product they choose to own.”

In an already booming, defining year for cryptocurrency, reward-based crypto schemes are only going to skyrocket which could spell interesting prospects for pro cycling and everyday consumers of the sport.