In addition to the big exhibition, which will be the biggest one in the BIKE Festival history this year, the ‘Scott BIKE Marathon’ at the FSA BIKE Festival Garda Trentino has always been the highlight for numerous long-distance riders. Every year, well over 1,000 athletes test their form in the Garda mountains on the first weekend in May.

Once again on the traditional date,  the mountain bike scene will meet in Riva del Garda from the 29th of April to the 1st of  May 2022 to celebrate the start of the cycling season. At the varied outdoor trade fair – in 2022 the largest in the history of the BIKE Festival – the products of 160 renowned exhibitors can be admired and tested.

Fitness will also be tested at the sporting side events. Especially at the ‘Scott BIKE Marathon’ on Saturday,  30th April, 1,200 athletes will be testing their fitness after the winter break. They can choose from three different distances depending on their level of performance, their specialisation, or simply their mood.

The route of the Ronda Piccola with 30.67 kilometers and 1,065 metres of altitude difference leads first, after the start in the heart of the old town of Riva del Garda, through the idyllic areas of Varone, Cologna, and Gavazzo to Tenno. It continues on an unpaved path to Ville del Monte, from where a panorama gravel path leads to the turquoise blue Tenno Lake.

Monte Calino (1,037m) is the highest point of the Ronda Piccola. The way back finally leads past the “Sella di  Calino” to Vedesè and over a beautiful single trail to Rancione. An old mule track leads to the breathtaking descent to Novino. Via Volta di Nò you return to the  festival area in Riva del Garda via Varignano.

The Ronda Grande includes 59.56 kilometers and 2,406 meters in altitude. After sharing the route with the Ronda Piccola for the first 15.6 kilometers, the Ronda  Grande bends after the ascent to Monte Calino. 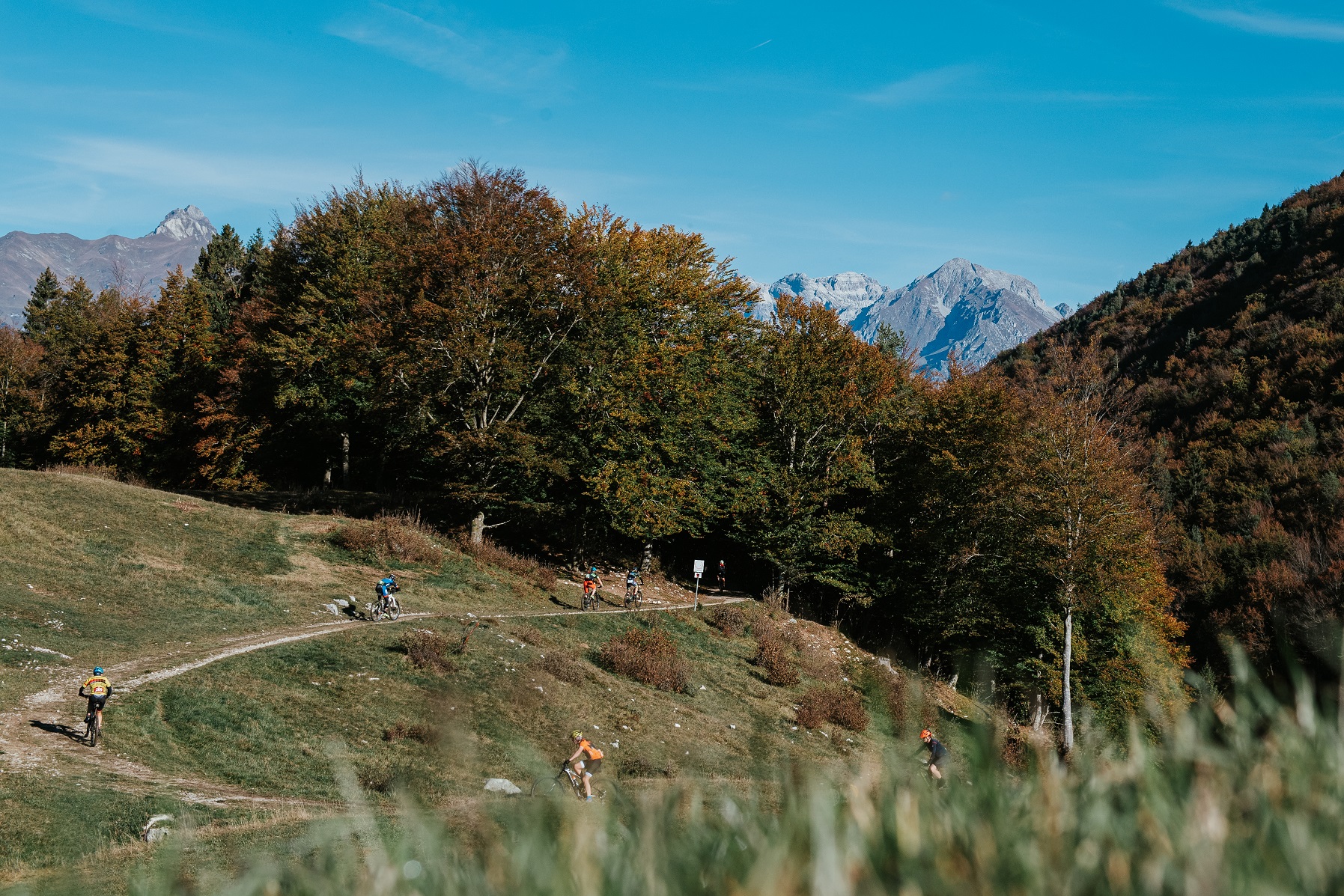 The Ronda Grande turns onto an unpaved road to Vespana and leads to Prial via  Lomasona. A demanding climb to San Silvestro follows. Then it continues to Malga Vigo (1,079 metres) and then into the beautiful Valdori forest. From Malga Vigo you have an incomparable view of the Brenta Dolomites, including the 3,173  meter high Cima Tosa and the over 3,500 meter high Carè Alto. Prai da Gom  (1,135 metres) is the highest point of the Ronda Grande, from where you first descend four kilometers to Dos del Clef.

After a final climb up Monte Calino, a  varied descent on single trails leads down to the town of Novino. From here, the last part of the route leads back to the route of the Ronda Piccola and follows the same path to the finish line at the festival site.

The Ronda Extrema is the most demanding loop, it requires endurance and strength and is designed for ambitious and advanced athletes. 82.77 kilometers and 3,484 meters in altitude are on the program. At Malga Vigo, after 31.5  kilometers, the Ronda Extrema separates from the Ronda Grande. On unpaved roads, the route descends to Naone via a beautiful single trail and then winds its way back up to Duson. At the highest point, Malga Valbona (1,433m), half of the total distance has been covered.

The route continues along the same route as the  Ronda Grande past Pozza Bella. After Semont, there is a final climb to the church of S. Giovanni. From Coste, the route goes downhill to La Selva, past Dos del  Clef, and continues on the same last section of the Ronda Grande to the finish at the festival site in Riva del Garda.

With professionals such as last year’s winner Sascha Weber, Alban Lakata, Urs Huber, and Simon Stiebjahn, the Ronda Extrema has a strong line-up and promises to be an exciting highlight – not only for the participants.

Registrations are still possible at https://riva.bikefestival.de/en/marathon/registration/.