In 2022, the Granfondo Stelvio Santini turns 10 and is celebrating that major milestone with a special jersey dedicated to a decade that saw its participant numbers and emotional impact burgeon. Irishman Fergus Niland, Santini’s Creative Director, has created a new graphic in which the number 10 replaces the last two letters in the word Stelvio to underscore the significance of this edition. This is a sustainable jersey too as it comprises two Polartec fabrics made from recycled PET bottles. All participants will be asked to wear the jersey throughout the race so that they can all celebrate this 10th outing for the Granfondo Stelvio Santini together.

To celebrate an achievement as important as reaching the finish line of its first decade, the Granfondo Stelvio Santini needed a very special jersey that would communicate the values that underpinned its first 10 editions. The Alta Valtellina cycling event marks its 10th outing on June 12, 2022. Santini’s ever-inventive creative director Fergus Niland rose to the challenge in style, creating a minimalist but meaningful jersey design to celebrate the event’s 10th anniversary in style.

Made by Santini Cycling Wear and Polartec®, the Granfondo Stelvio Santini’s partner for the third consecutive year, the official jersey comprises two fabrics made from recycled PET bottles. It also comes compostable wrapper supplied by TIPA®, an Israeli company that makes completely biodegradable packaging for the food and clothing sectors. 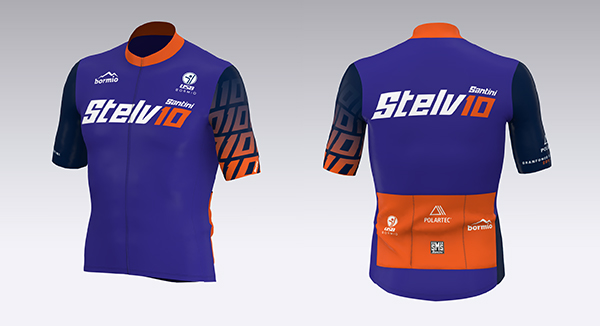 The official Granfondo Stelvio Santini 2022 jersey graphic sends out a strong clear message. The number 10 replaces the last two letters in the word Stelvio. This clever design thus celebrates the 10th anniversary of the competition on the one hand, while on the other, highlights the word “io” (I in Italian), communicating the fact that the real protagonists in the Granfondo are the individual participants.

“We came up with a concept that, as part of an event with thousands of participants, would put the value of the individual front and centre” declared Fergus Niland. “The ‘I’, the individual competitor, is the real centre of the competition, an event in which any amateur can feel like a protagonist.” 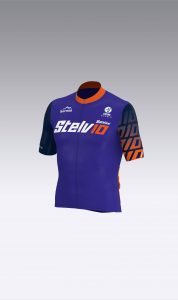 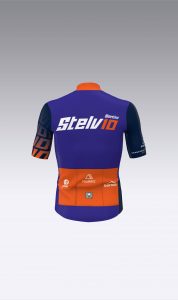 Once again this year, the official Granfondo Stelvio Santini will be as sustainable and eco-friendly as possible to reflect an approach that has always been part of the company’s and the organisers’ policy. The now consolidated partnership with the Polartec® brand confirms this focus on and respect for the environment. In fact, the Power Dry recycled and Delta recycled fabrics used in the jerseys are themselves made from recycled single-use plastic bottles. Each entrant will receive the official jersey in their race pack and will literally be wearing five recycled bottles as they compete.

Polartec Power Dry recycled, which is used at the front of the jersey and for the back pockets, is not just light, breathable, odour-resistant, and entirely recycled, but also the most advanced next-to-skin moisture management fabric available today. Polartec Delta recycled used for the back is exceptionally breathable, wicking, and cool to the touch, delivering much more than just breathability and moisture dispersion. 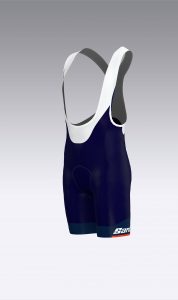 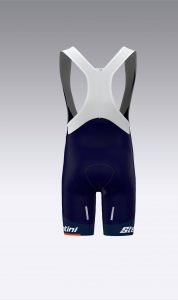 When securing a bib for the 10th edition, participants will have a choice of two entry options: the basic version which includes the bib and official jersey, at a cost of 90 euro, and a pack that includes a bib, official jersey, and coordinating bibshorts for 120 euro, both options available for men and women, of course.§