Route revealed for festival taking over Stockport this summer

The route for the 2022 edition of Stockport’s 10K running race has been unveiled. The race, which also features one-mile and 5K events, forms a key part of the StockSport Festival which is set to take over the town this summer.

The race which is to take place on June 26 is now less than three months away has now been given an official route. Finishers of the race will receive a medal and T-shirt, with the three fastest men and women also winning a trophy.

But running is not the only sport taking the spotlight, with cycling races and BMX stunt displays also set to take place. The day before the event (June 25), Cheshire Cycling Club members will lead a scenic bike ride through the rural areas of the borough. 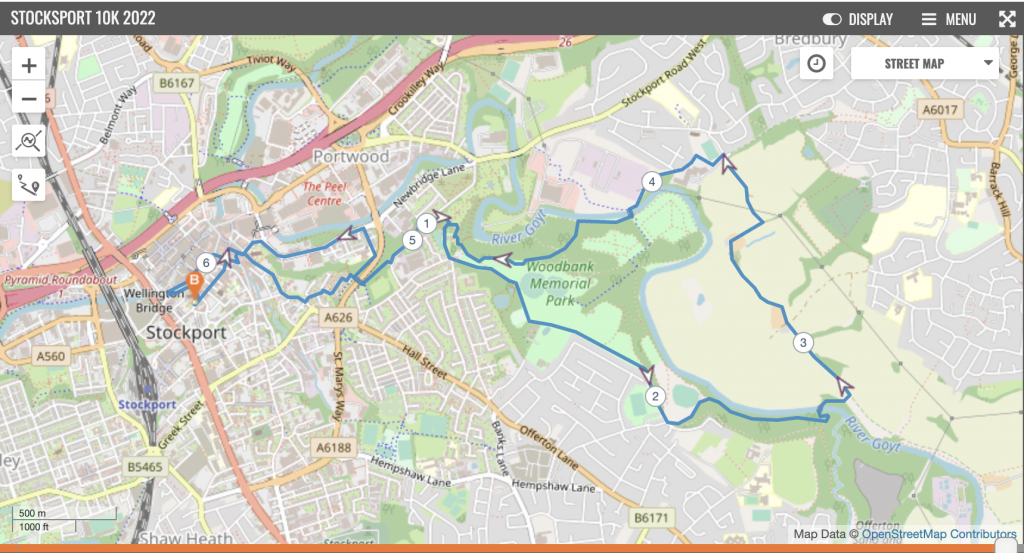 “This event is about much more than health and fitness,” council leader Elise Wilson explained. “It is about all ages coming together as a community. Making friends. Having a laugh. Feeling part of a town that shares your ambition for it to be a world-class place in which to spend time and have fun. So, I hope as many people as possible attend and showcase what Stockport really is all about: it’s a fantastic community.”

The 10K route begins in St Peters Square, before heading along Millgate and Churchgate to Woodbank Park. It then loops around the park, coming back to the town centre via Newbridge Lane and Great Underbank, finishing by St Peter’s Church.

Cycling enthusiasts can look forward to races for all categories throughout the event with prizes for each. There will be a come and try it race for those who just want to have a go round the circuit and get a taste of what it’s like to compete in a race. A spectacular British Cycling town centre Criterium race, a first for Greater Manchester in a century will be an exciting finale. A must for spectators and competitors alike, top level cyclists will take on the challenging figure of eight circuit through the town centre.

There will be many more free cycling activities available with breath-taking bike stunt displays, dedicated children’s circuits and various bikes to try out, such as e-bikes and adapted bikes. Ted Gordon, Manager of Trek Bicycle Store Wilmslow and sponsor of the Criterium races said, “At Trek, our main goal is to get more people riding bikes. We are excited to be part of this fantastic event in Stockport which will grow the cycling community. Town Centre races are always full of excitement and we can’t wait to be involved and help create the best experience possible.”

Find out more about the full event here.