The Sea Otter Classic in Monterey, California, the biggest cycling gathering in North America took place this past week, and a whole host of products from hundreds of brands were presented across the four-day festival.

Arevo’s bicycle brand, Superstrata were proud to show off their fully custom, 3D printed carbon bike frame. The frame is the first of its kind, and are made from a single, continuous piece of carbon and made to order according to a customer’s individual measurements and preferences.

First exhibiting as a prototype in 2018, the company has since fine-tuned the printing process and released around 3,000 bikes out to the world. Arevo, a start-up company, has been developing the technology on their own and has managed to secure around $5 million from crowdfunding support alone. 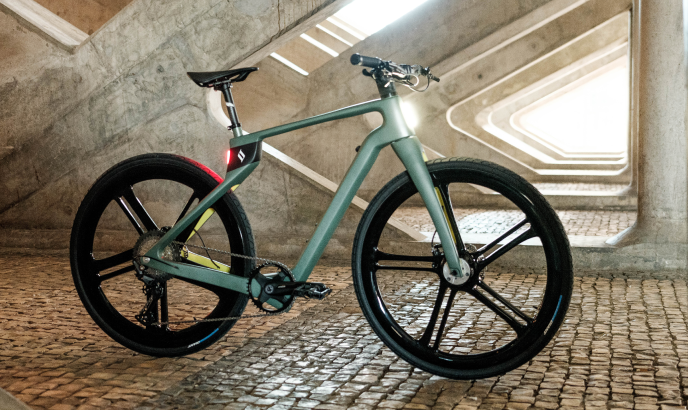 A brand representative manning the Superstrata booth said that the Superstrata frame takes around 28 hours to print and can be fully tailored to a rider’s height, weight, arm, and leg lengths, riding position, riding discipline, and even, the customer’s preferred stiffness level. Taking into account various build kits and paint schemes, they can accommodate more than 50,000 possible variations.

Each of the frames is made of a carbon fiber thermoplastic composite, instead of a traditional thermoset composite, which is said to make the frame three times more impact resilient and exceeds ISO standards.

The Superstrata is available in full builds only with two base models: the Terra and the Ion e-bike. The framesets weigh around 1kg to 1.2kg and have built-in front and rear lights. Full builds range between $2700 and $7000.