Where will your Easter weekend lead you?

Easter weekend in the beautiful sunshine.

This weekend celebrates Easter, one of the principal holidays of Christianity, bringing a long bank holiday weekend to many, and with forecasters predicting the highest temperatures of the year so far it’s the perfect opportunity to get out and enjoy a family ride. Where will yours take you? Here is a list of 5 great routes for you to try this year. 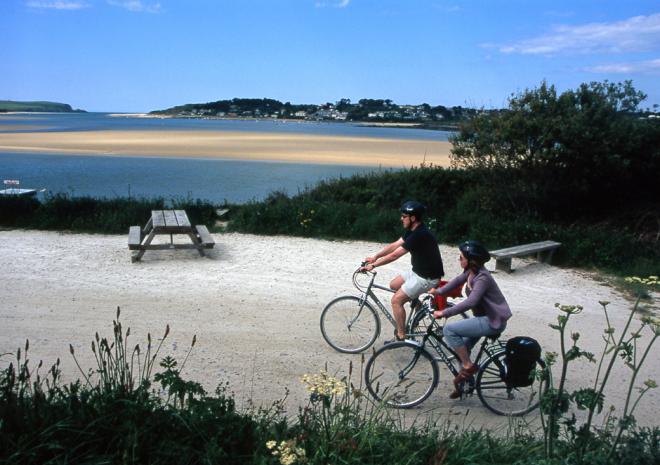 One of the most popular recreational routes in the country, the Camel Trail takes you from Padstow to Poley’s Bridge, via Wadebridge and Bodmin. Passing through the wooded countryside of the upper Camel Valley and alongside the picturesque Camel Estuary. The ride is a mostly traffic-free trail in Cornwall following an old railway line. Coming in at 12 miles long the trail is largely flat and is ideal for families and less experienced cyclists. The Camel Trail is a great place to spot otters, bats, dormice, kingfishers, little egrets, marsh orchids and marsh marigolds.

One of the best ways to explore the towns and villages along the Jurassic Coast is via bike, most of the route is connected along the National Cycle Network. Route 2 of the National Cycle Network runs across most of the south coast of England, connecting Studland at the east end of the Jurassic Coast with Exmouth in the west, with Route 26 connecting Weymouth with Dorchester, running further north into Somerset. 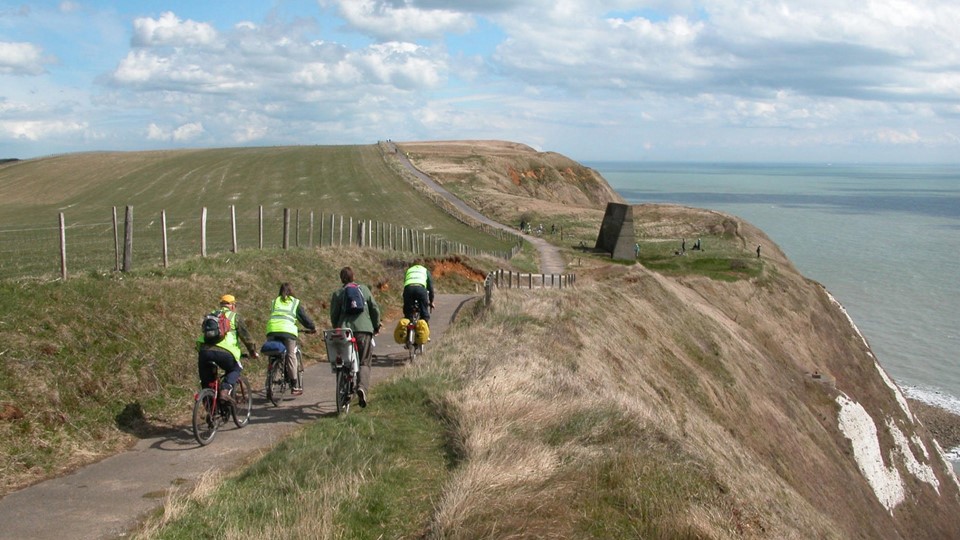 While it is important to note that the South West Coast Path National Trail is, in the main, not a cycle path or bridleway. There are hundreds of miles of bridleways near the Jurassic Coast which offer a fantastic opportunity to explore off the beaten track. However, bridleways are usually unsurfaced and can get very muddy in poor weather, so you’ll need a sturdy bike with mud-friendly tyres, such as a mountain bike, not to mention, the willingness to put the effort in.

The easy, traffic-free ride takes in three of Wales’ most picturesque parks. Starting from the Sirhowy Valley Country Park near Crosskeys, the route takes you over Hengoed’s impressive 16 arch-listed viaduct. At Hengoed, you will pass the magnificent ‘Wheel of Drams’ artwork, an eight-meter-high sculpture, constructed from old coal carts, known as ‘drams’. Continuing along the valley you will pass through Parc Penallta, which is carved from a former coal pit. The High Point Observatory offers you spectacular views across Caerphilly county borough. 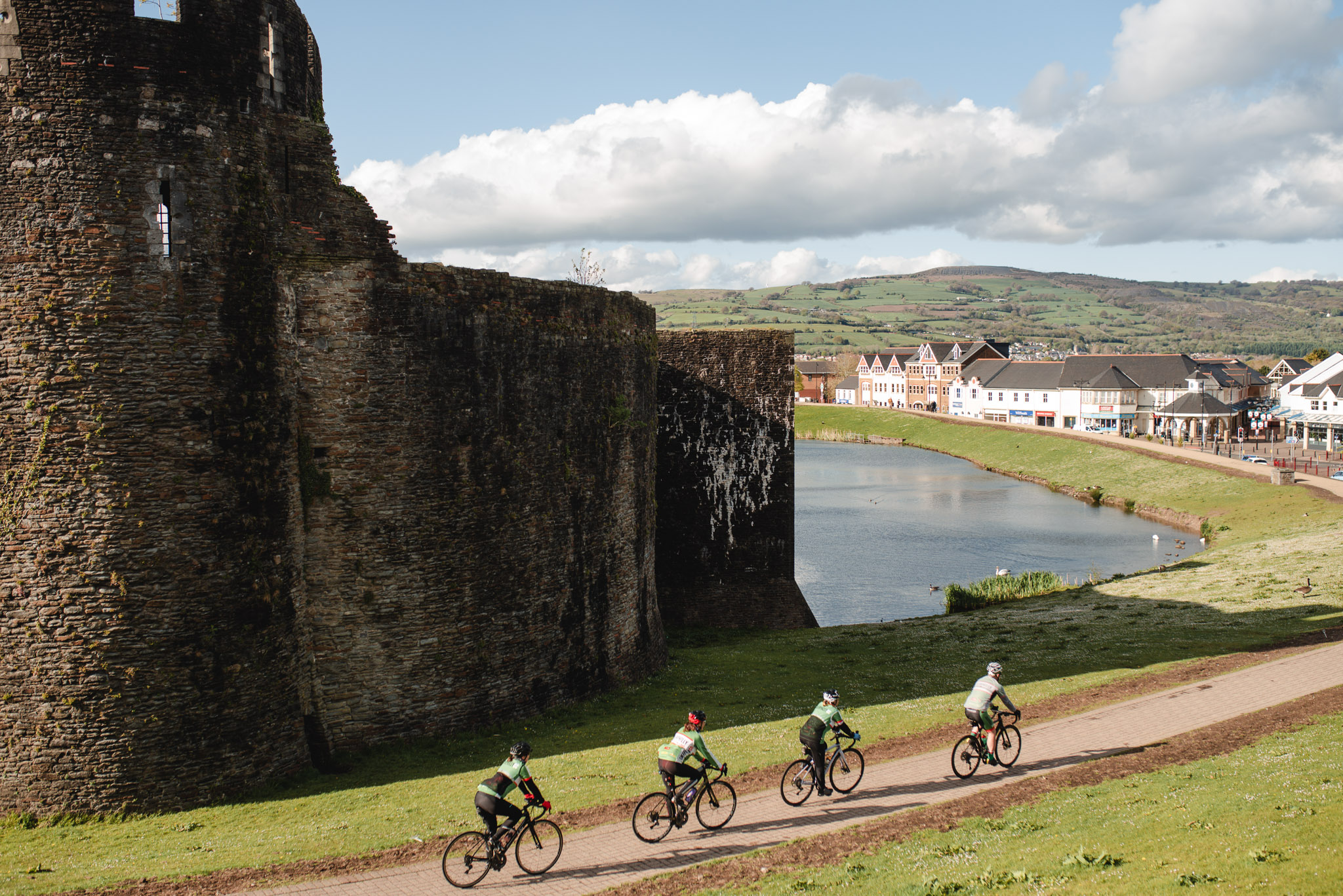 Trelewis will take you off National Route 47 and onto 476 to Parc Taff Bargoed. The once black river is now a haven for dippers and wagtails, and the green riverbanks provide the perfect picnicking spot. The route also passes Trelewis Climbing Centre, which offers a range of brilliant activities from indoor climbing to kayaking and orienteering. 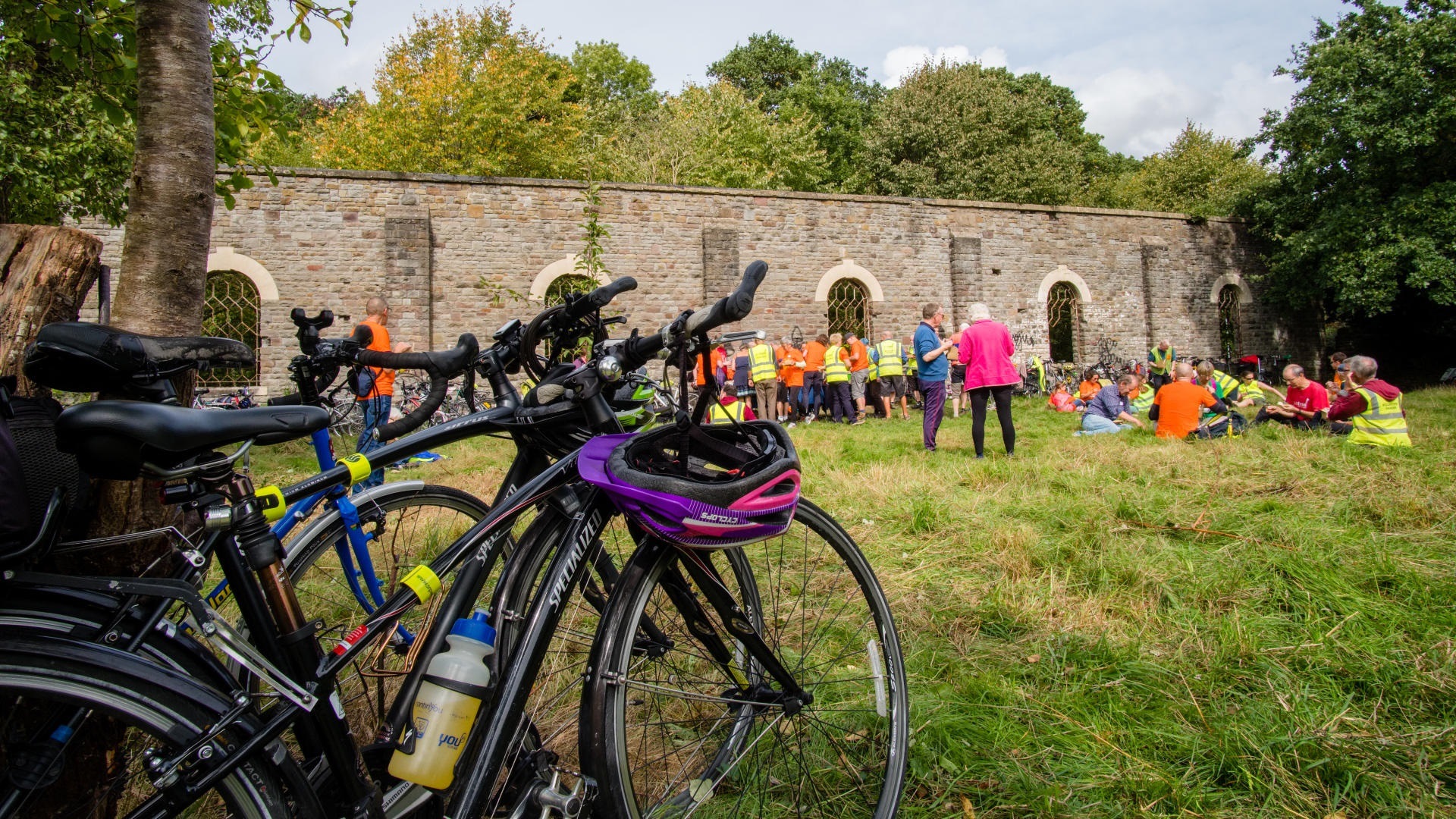 The path is home to a variety of sculptures and also a working steam engine at the old train station at Bitton. Riders can enjoy a pub lunch at Saltford, which features wonderful views of the River Avon. In Bath, you’ll be greeted with a whole host of ways to spend the rest of your day including the Roman Baths, art galleries, shopping, and Botanical Gardens. Flat, traffic-free, and teeming with greenery, it’s no wonder the Bristol and Bath Railway Path is so popular. It’s used by people walking, cycling, running and has disabled access too.

One of the most popular family cycle rides in the South East, the Cuckoo Trail runs through a mixture of broadleaf woodland, open grassland, arable farmland, and pasture with verges often thick with seasonal wildflowers like vetch and willowherb. With a variety of sculptures and plenty of carved wooden seats to take a break, relax and take in your surroundings. Once a railway line, the trail offers a fantastic, peaceful, traffic-free route ideal for cyclists and walkers of all ages. 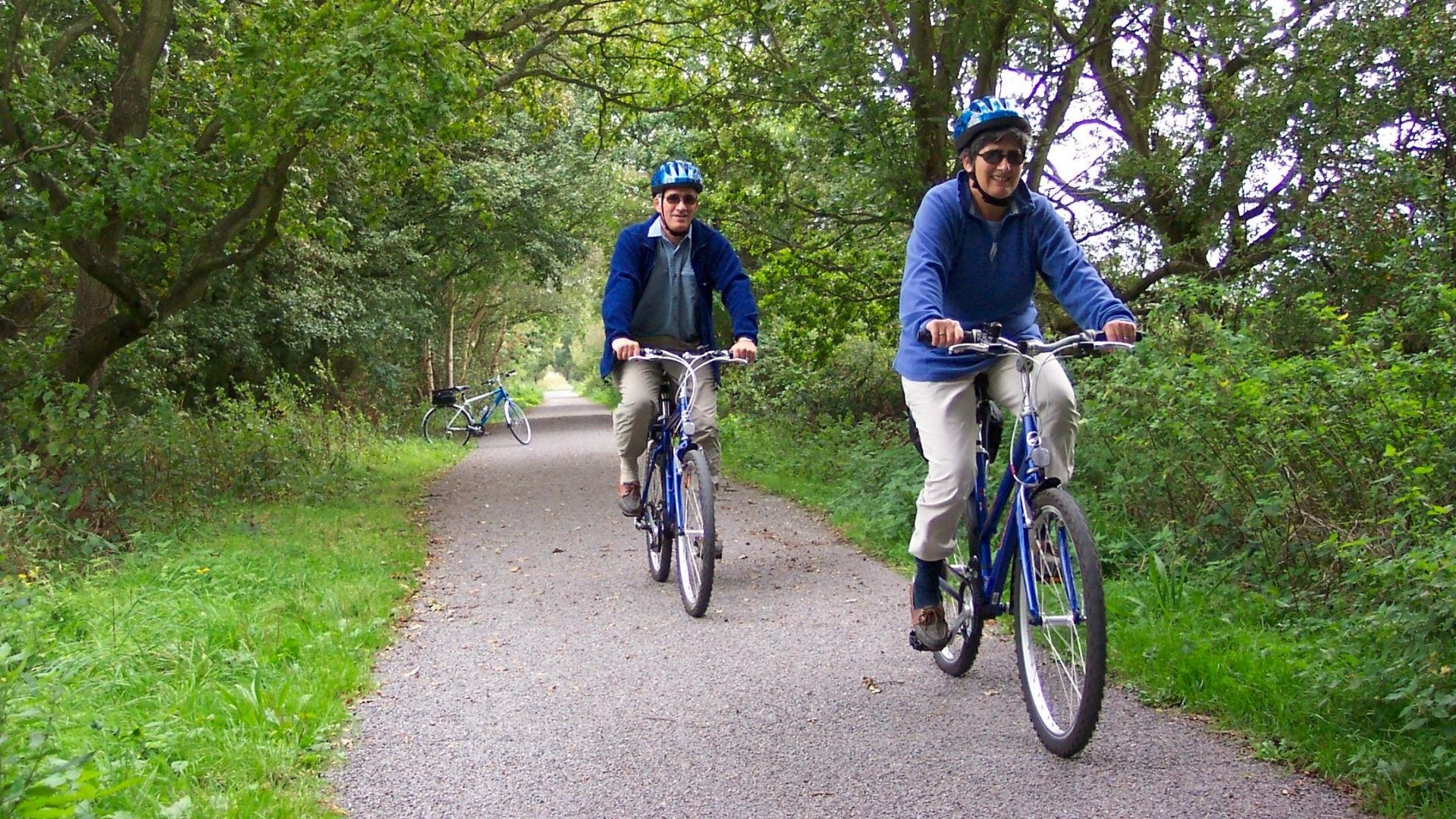 Horse riding is also permitted along some rural sections of the route. The ride also features a gentle 122m (400ft) climb over 11 miles (17.5km) from Polegate to Heathfield. Along the route you will take in a number of quaint little villages and near Hailsham you’ll find Michelham Priory, a historic house and the remains of an Augustinian Priory set in seven acres of beautiful gardens, surrounded by the longest water-filled medieval moat in England.

If you decide you want to extend the ride, head to Hampden Park in Eastbourne, where you’ll find a large park with a lovely lake, home to ducks and swans, and a large grassland area for picnics. In spring the park is awash with flowers including daffodils, crocuses, and bluebells.

There are also plenty of local events and rides taking place all across the country, so whatever you decide to do over your Easter weekend, make it count, have a fantastic weekend and enjoy the beautiful sunshine.