A Greener London Must be Made Safer for Cyclists

Greener Modes of Transport in London Must be Given Priority

It is no secret that in order to reduce greenhouse gas emissions and lower our carbon footprint, moving away from motorised transport and opting for greener alternatives is an integral part of our duty to tackle climate change.

It has been found that cycling even just one day-a-week can make a significant impact on personal carbon emissions, particularly in cities. The study was conducted by the University of Oxford’s Transport Studies Unit and included researchers from Imperial’s Centre for Environmental Policy as part of the EU-funded project PASTA: Physical Activity Through Sustainable Transport Approaches.

The lead researcher from the University of Oxford said; “We found that those who switch just one trip per day from car driving to cycling reduce their carbon footprint by about 0.5 tonnes over a year, representing a substantial share of average per capita CO2 emissions.

“If just 10% of the population were to change travel behaviour, the emissions savings would be around 4% of lifecycle CO2 emissions from all car travel. 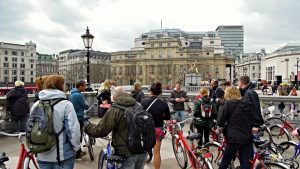 These results also showed that those who already cycled had 84% lower CO2 emissions from all daily travel than non-cyclists.

With this in mind, coupled with the fact that cities such as Brussels have begun transforming their centres by allowing cyclists to use the full width of the road and given full priority, it is worth looking at what London can do to further accommodate a greener mode of transport.

While more people took to the streets on two wheels than ever before in London when the pandemic hit (a 44% increase year-on-year), the easing of restrictions will, in turn, bring the cars back. While the Ultra Low Emissions Zone is set to be expanded in October of this year, more needs to be done to make the streets of London safer for those on push bikes and e-bikes. 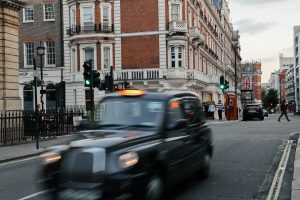 In 2020 alone, the capital saw 862 cyclists seriously injured on the roads, up 12 per cent from 2019. While this may be attributed to more people choosing to ride their bikes, it raises an important point if Sadiq Khan is to deliver on his target of 80% of journeys being made by sustainable forms of transport by 2041.

The infrastructure for cyclists must be looked into to make it safer for those on two wheels. Properly segregated lanes for cyclists is the obvious way forward, and while it may be costly to transform most of London, it will help to tackle the promise of a cleaner capital. All the while there should also be pushes to help traffic to keep flowing in the off-peak, helping to protect cyclists during rush hours.