The twelfth edition of the toughest mountain bike marathon in the world has come to an end. For the 2022 BMW HERO Südtirol Dolomites the absolute winners were Leonardo Paez from Colombia, now at his seventh win on the excruciatingly hard 86-km course, and Adelheid Morath from Germany who was always in the lead on the 60-km course. Diego Alfonso Arias Cuervo and local favourite Gerhard Kerschbaumer joined the winner on the podium, followed by their counterparts, i.e. Debora Piana and Elena Gaddoni from Italy.

Selva di Val Gardena, 18 June 2022 – The 12th edition of the BMW HERO Südtirol Dolomites took place today in Selva di Val Gardena, blessed by beautiful, summer weather. The race boasts iconic routes developing around the Gruppo Sella in the Dolomites, a UNESCO World Heritage Site. Ever since its beginning, it has been considered as the toughest mountain bike marathon in the world.

Cyclists from a good 42 counties took to the starting line, making this a truly international celebration of sports. Renowned professionals also joined the race – despite another race which would have crowned the European champion taking place at the same time –, enhancing its profile even more. Further proof of how the HERO’s allure holds strong and is difficult to resist.

The 2022 BMW HERO Südtirol Dolomites winner was Leonardo Paez from Team Soudal – Lee Cougan International. After crossing Passo Gardena – the first one on the course -together with fellow Colombian Diego Alfonso Arias Cuervo, Paez took the lead on the 86-km course boasting 4,500 hm, finishing the entire thing at 4:33.52. His victory brings his total tally to an astounding seven wins, showing that hard work and training pays off – and being very well acquainted with the route and area also helps.

“It was a demanding day, compounded by the hot weather. I had some digestion issues on Passo Pordoi. I overcame the whole thing patiently, without overdoing it,” says Leo Paez after crossing the finish line. “As soon as I felt better, I gave it my all on the climb because I know how good Diego is on descents. I couldn’t throw away the advantage I’d gained before.”

The star-studded career of Paez has no intention of slowing down – and that at his age. “Yes, I’m getting closer to the big 40, but I’m still very competitive. This victory is a reward in itself because of that, resulting from my long career as an athlete and my passion or cycling. A passion and successes I never take lightly or for granted,” says Paez.

Right behind him, Diego Alfonso Arias Cuervo, fellow Colombian and former teammate representing Hubbers Polimedical. He finished the hero at 4:36.20, followed by local favourite Gerhard Kerschbaumer, representing Team Specialized Factory Racing. Kerschbaumer completed the HERO at 4:41.20, securing the third step on the podium thanks to an incredible comeback on the last climb to Passo Duron, leaving Urs Huber from Switzerland (who’d placed second in 2014 and 2019) to eat dust in fourth place. A similar fate was reserved for the fifth biker, Frans Claes from Belgium.

The emotions were just as powerful on the 60-km course boasting 3,200 hm where the Élite Women gave it their all, with Italy placing particularly well. The overall winner with a time of 3:55.27 was Adelheid Morath from Team Mount7 – her first ever time on the podium in Selva. In a statement after crossing the finish line, Adelheid said, “I’m ecstatic because winning the HERO was a long-held dream, one which has finally come true. This victory is even more important because I haven’t competed in many marathon races, but today I entered a completely different mindset.”

A success resulting from hard work and determination which was also celebrated by Debora Piana from Team Velo Club Cingolani. Her 4:06.07 scored her a second place, with Elena Gaddoni (HERO winner back in 2017) taking third place at 4:06.41 for Team Rolling Bike.

The 2022 BMW HERO Südtirol Dolomites focused even more on sustainability. The Organising Committee developed the HERO TO ZERO programme for this edition, a project focusing on environmental sustainability. The project involved everyone at the event – cyclists, fans, and staff – asking them to carry out certain activities. The whole endeavour was inspired by the UN’s “Sports for Climate Actions” of which the HERO Dolomites is a signatory, and by the guidelines of the UCI (Union Cycliste Internationale). HERO TO ZERO focuses on three main pillars: the environment, society and governance. Its aim is to ensure the event has the lowest footprint as a way to protect and safeguard the beautiful Dolomites, which have always hosted the HERO.

The BMW HERO Südtirol Dolomites is becoming ever more international, as proved by the fact it was live broadcast for over 2 hours in over 40 countries around the globe, from the USA, South America, Europe, Northern Africa, the Middle East to Indonesia.

For complete ranking and times head to: https://www.herodolomites.com/en/the-race/rankings-2022 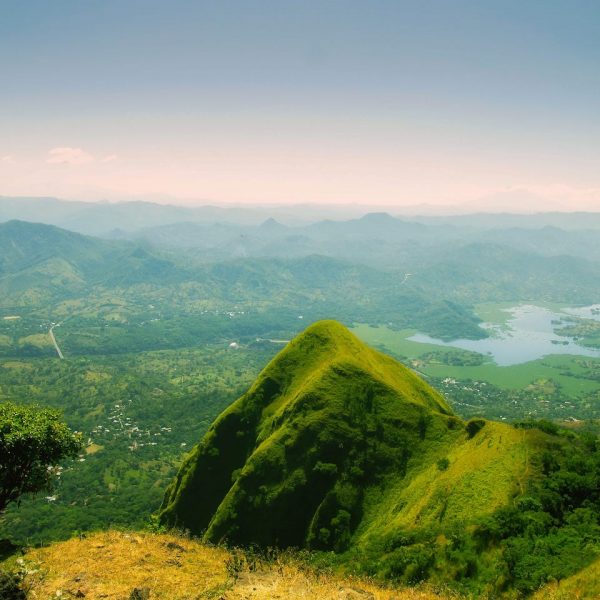