Saturday stage at The Cycle Show with Martyn Ashton

Hundreds gathered at Alexandra Palace last weekend for a chance to get a glimpse at the newest models, latest tech, meet the producers, and to hear from some of the greatest stars of the sport, at The 2022 Cycle Show.

In the mid-1990’s Martyn Ashton’s career reached a new level when he began riding for the mighty Volvo Cannondale team. His ability on a bike made him one of the UK’s best-ever MTB trials riders, but it was his partnership with Martin Hawyes that saw him gracing countless pages and covers of MBUK. 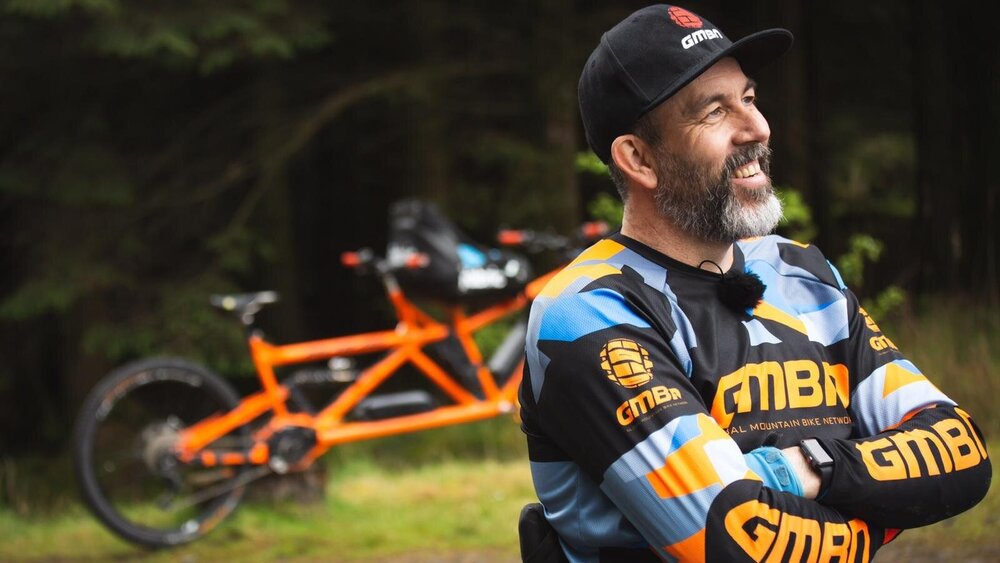 Martyn took to the Tredz Cycle Show stage on both Friday and Saturday for a humorous and heartfelt talk about his past, present, and future on the bike, as well as his popular YouTube channel. We took a trip into the audience to listen in on the conversation. After seemingly and accidentally giving the audience an insight into how to write-off a hire car, host, Anna Glowinski, shifted the conversation onto one of Martyn’s most popular videos ever, Road Bike Party, which features Martyn taking on the Fort William Downhill World Cup course on his very special bike.

“It was something I had to do” answered Martyn. “Danny Mack released an amazing video in 2008, everyone watched it and it’s a really fantastic video but that was the moment I realised that I could reach millions overnight.”

“In all honesty, I could not match what Danny was doing in that video, it was amazing, but I realised that I needed a YouTube video, so I looked at the videos that were doing well and worked out what worked and I thought, I will do everything I can do but on a bike that is not supposed to do it.”

“Martyn No.1 is no more, that person and his future has stopped” He stated. “I always think of myself now as another version of me, and I’m starting this new life and it’s extraordinary. I get to do it a different way now, and I’m working it all out.”

“As much as everyone wants to make the world accessible for everyone, it can’t all be and there are some times that you have to just work it out yourself, and I quite like that”

Anna pointed out how despite everything, Martyn has managed to remain positive and always keep his spirits up. She asked if there were ever moments that he regrets taking so many risks across his career.

“I’ve definitely had moments where it has been very dark.

“I was down, not out… remember anything is possible” Martyn Ashton