Buzz surrounding the revolutionary E-Bike Grand Prix continues to build, with the organisation revealing more details on the team that will be behind the race. In an announcement made on Monday, Sandy Ma was revealed to be working as the EBK’s Chief Operating Officer (COO).

Who is Sandy Ma?

Sandy Ma is renowned for her work, having previously worked behind the scenes at the Asia Festival of Speed and Shanghai GP, as well as other sporting events and programs, including the China National Hockey League. With all these accomplishments under her belt, as well as 20 years of experience in the field, Sandy Ma’s involvement in the EBK can only mean good news for the event.

Sandy also seems to be fully committed to the EBK’s message of sustainability, having been quoted as saying that:

I’m delighted to be joining the team as the race series develops at pace. EBK GP is a great opportunity for a new motorsport to not only deliver a thrilling spectacle but address some of the most important issues in how we interact with our environment”.

What is the EBK?

The E-Bike Grand Prix is an event BIKE Magazine has been following closely, due to the evolution in bike racing it has potential to bring.

The event, as the name suggests, is an e-bike race planned to take in place in Dubai next year. The event has many big plans to forward its message of sustainability, with the event planned to bridge the lines between bike and vehicle racing, and prove the validity of e-bikes as an alternative to environmentally damaging and space consuming cars.

Using ‘sport as the catalyst’ for change, making the event easily accessible is key. The E-Bike Grand Prix is set to be free to watch for those in the city during the race, and a live broadcast will be set off to stream the race across the world, to maximise the amount of eyes on the race at any one time.

Whether Sandy Ma will be able to deliver on this plan, however, is yet to be seen.

What Do We Know So Far?

A statement in December revealed that South Korea intends to host the event alongside Dubai when the event takes place, giving the event leverage from two nations both with vast cultures and cities which would greatly benefit from the innovations of e-biking to reduce climate change.

We are delighted to welcome South Korea on board. It is a fascinating country with a rich culture, and a repertoire of great events. Taking the EBK series around the world will not only deliver a thrilling and technologically advanced spectator sport but, importantly, our STM programme will deliver on our mandate to create greener, cleaner and healthier cities. We are on a mission to effect measurable change!”

We also know the event will be made in collaboration with BMC, who are slated to be the designers of the e-bikes used across the race. This even playing field for the racers is sure to make it anyone’s game, and with Sandy Ma behind the wheel, the Grand Prix is sure to make for an edge-of-your-seat viewing experience

How Is e-Bike Racing Different?

The limited electrical supply of an e-bike is set to be the primary challenge faced by racers. While the physical exertion of the race will be a challenge, knowing where and when to use the e-bikes electric motor for a boost in speed adds an element of mental exertion and preparation on the cyclist’s part.

Making split second decisions that could make or break your position, with a supply that is limited, adds an exciting tension not seen in traditional racing. It is no longer just enough to be the strongest cyclists- you need to be the smartest cyclist too.

This tension, surely, is something Sandy Ma will be able to amplify, to add to the EBK’s already thrilling premise. 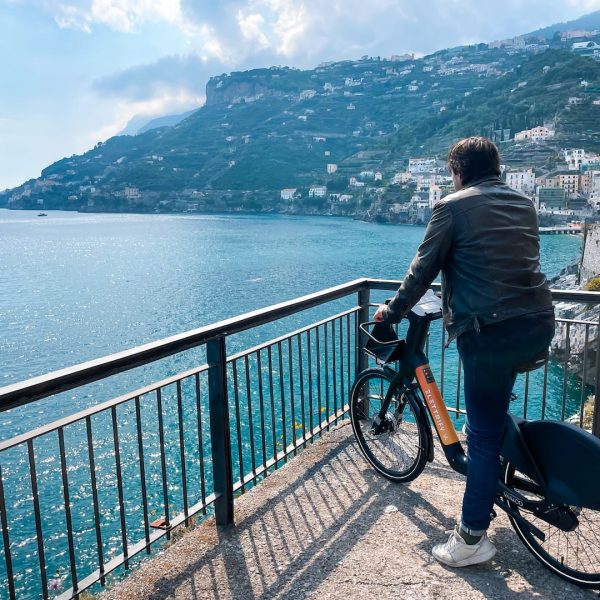