Who to see at The 2022 Cycle Show this weekend

The Cycle Show 2022 kicks off at Alexandra Palace today and wastes no time in bringing to visitors a plethora of special guests. Set to be the best line-up yet, the Tredz Cycle Show stage is set to host star names from downhill mountain bike World Champions to Gold medal Olympians. 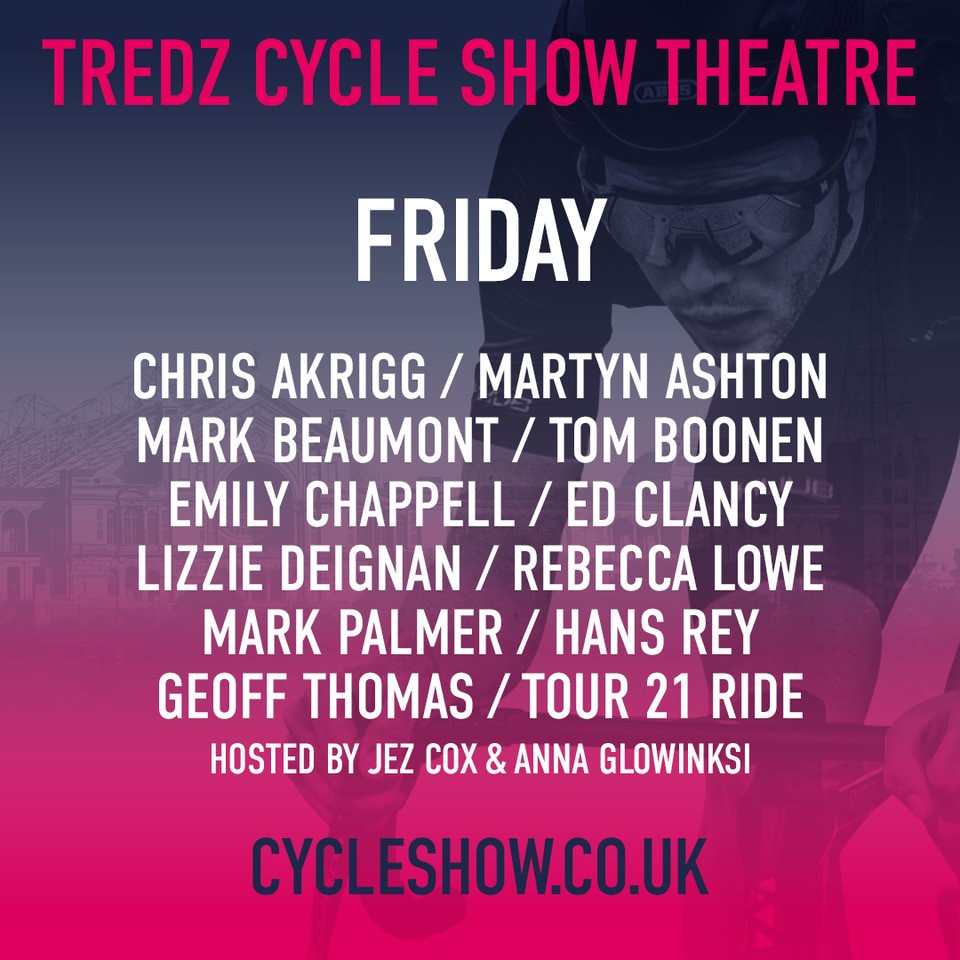 Guests exclusively taking to the stage today include world champion track and road racing cyclist, Lizzie Deignan, the Yorkshire rider who captured the nation’s hearts when she became the first British athlete to win a medal at the London Olympics in 2012. Mark Beaumont, the Edinburgh-based, long-distance cyclist, broadcaster, and author who holds the record as the fastest person to have cycled around the world. Rebecca Lowe, a freelance journalist from London, who set off on a year-long cycle trip through Europe and the Middle East in 2015.

Plus, your chance to meet the teams competing in this year’s Tour Series. Race Director, double Olympic medallist, former Cycle Show organiser, and national treasure Mick Bennett will be introducing riders from all the men’s and women’s teams, previewing the courses, and giving his predictions for the podium places. Also looking ahead to the Women’s Tour and Tour of Britain and what to expect from the 2022 editions of the UK longest-running and biggest road races. 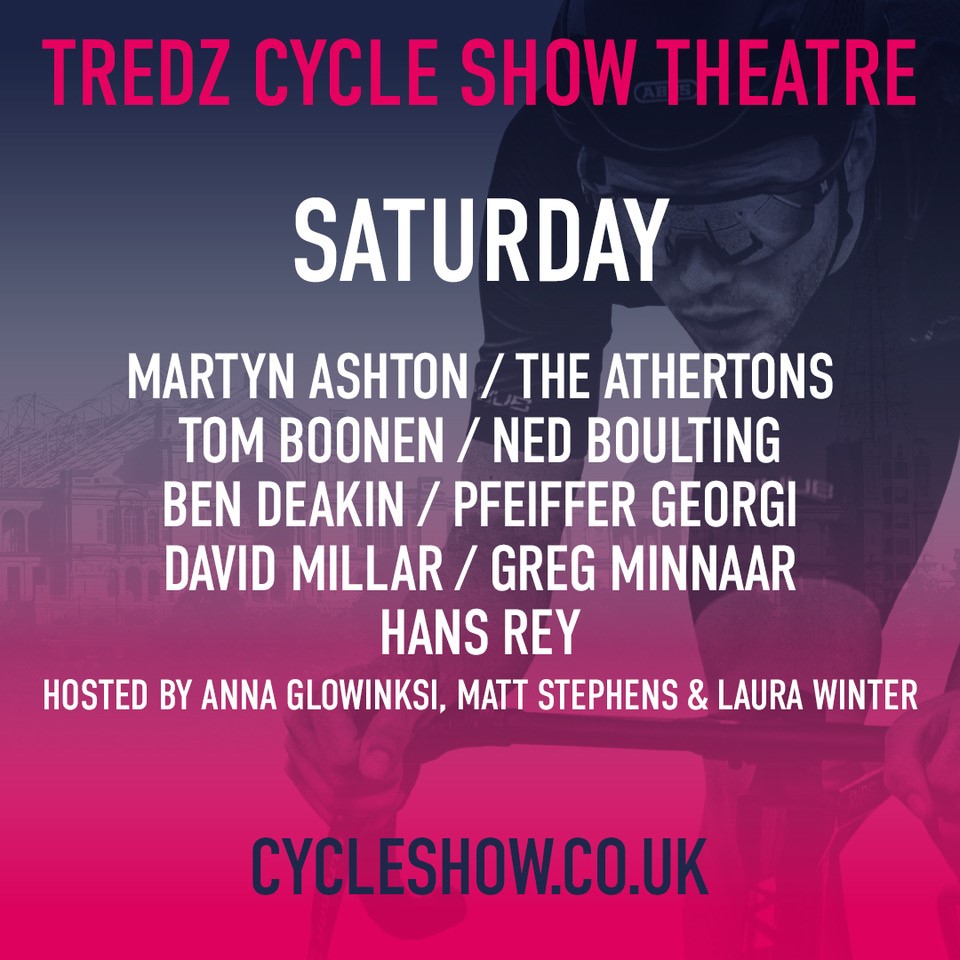 If you happen to miss some of the guests today, never fear, as a handful of them will also be attending on Saturday, including 2005 UCI World Road Race Championships winner, Tom Boonen. One of the UK’s best-ever MTB trials riders, Martyn Ashton, all hosted both days by ITV’s The Cycle Show, and all-around thrillseeker, Anna Glowinksi.

Exclusively attending on Saturday is, mountain biking crazed siblings Dan, Gee, and Rachel Atherton, who have won eight downhill world titles and 49 world cups between them. They’ve also already founded their own company Atherton Bikes, and as well as meeting them at the show you can see the bikes on stand G281. Greg Minnaar, the most prolific winner among male professional downhill mountain bike racers, with 23 world cup career victories. Pfeiffer Georgi, team DSM racer who started 2021 recovering from two broken vertebrae, who then went on to be crowned British National Champion and win her first-ever professional race. 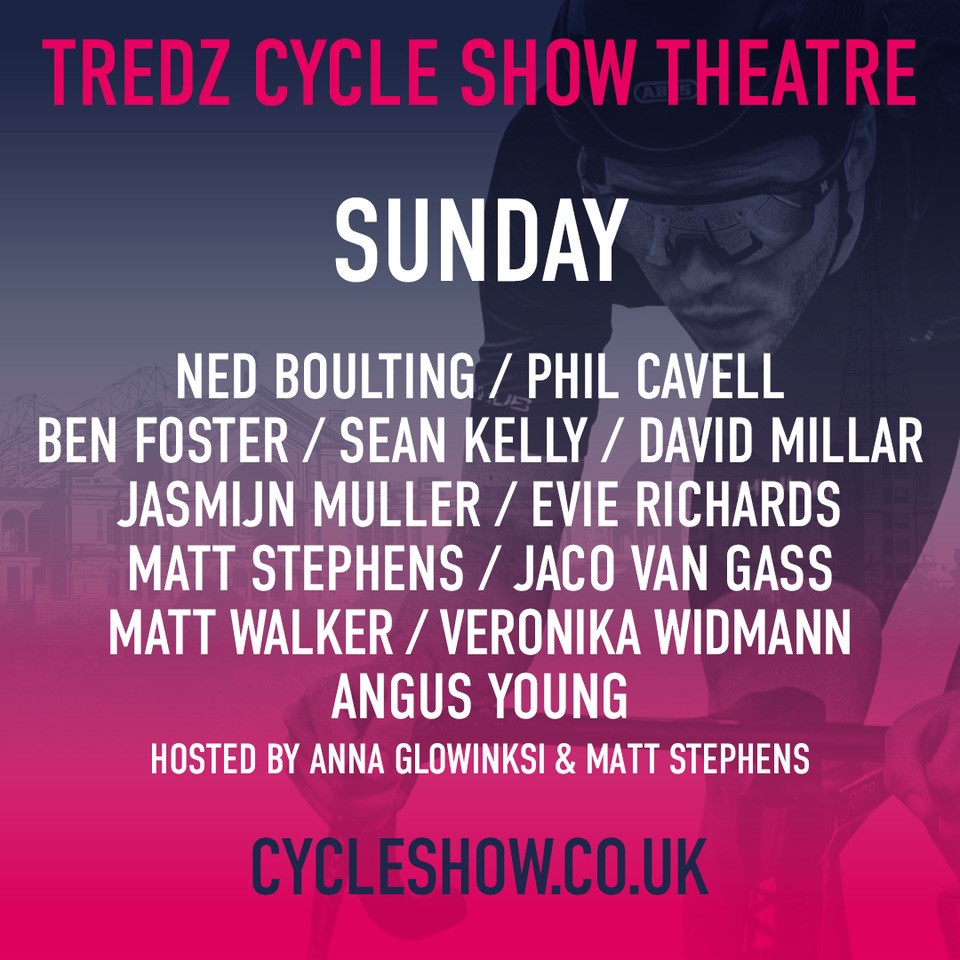 As with Saturday, some guests will be attending multiple days so it is always best to check the full timetable here. Exclusively attending Sunday will be Ben Foster aka TheCyclingGK, the current Watford first-team goalkeeper and a former England international, whose love for cycling grew out of necessity when he got on a bike to rehab from a series of ACL injuries, he now regularly covers cycling in his YouTube videos which have a massive following of football fans and bike riders alike.

GB Para-Cycling team member, Jaco Van Gass, who at the 2020 Tokyo Olympics returned home with two golds in the Individual Pursuit and Mixed Team Sprint and a bronze in the Time Trial C1-3.One of the most successful road cyclists of the 1980s, and one of the finest classics riders of all time, Sean Kelly, who after turning professional in 1977 until his retirement in 1994, won nine monument classics, and 193 professional races in total.

Tickets for The Cycle Show are still on sale here.

Please note that all appearances may be subject to change at short notice.