Helmet Wearing Across the Continent

While it is not required by law to wear a helmet in the UK, it remains a contentious issue. For the average cycling aficionado wearing a protective helmet is customary, but for a large proportion of regular riders, the taboo over wearing a headgear is still ever-present amongst even the most progressive cycling cities in Europe.

It is common knowledge that even the most basic of cycling helmets can help to eliminate the risk of facial injuries, and in more severe cases, protect the skull from heavy impact, thus protecting the rider from potentially fatal brain injuries.

Indeed, many bike riders argue that wearing a helmet should indeed remain a personal choice, instead focusing their attention on the root causes of inner-city accidents such as a lack of biking infrastructure. However, a recent study conducted by DEKRA examined more than 12,000 cyclists and e-scooter riders in nine European cities. 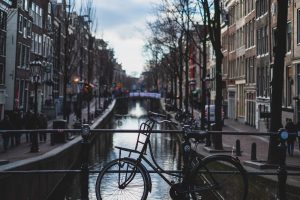 “The overall rate of helmet-wearing in all cities was 22 per cent,” says DEKRA accident researcher Luigi Ancona.

That average is seemingly very low, but when taking a look at the cities individually, there is a notable correlation with cycling infrastructure. For example, the so-called ‘cycling capital of the world’ Amsterdam had the lowest percentage of helmet-wearing amongst the cities included with just 1.1% of participants opting for headgear.

While it is second nature for the inhabitants of the Dutch capital to get around on two wheels, the priority given to cyclists makes the roads much safer, which may contribute to the lower rate of helmet-wearing.

Comparatively at the other end of the scale, London had the highest proportion of helmet wearers, with just over 60% of people observed opting for protection. With the English capital seeing a rise cycling related injuries last year, it would seem that the lack of safe, cycling-specific infrastructure has, in turn, forced the biking population to take necessary precautions.

However, London’s cycling network is undergoing a vast overhaul. Subsided by a 1.2bn investment from the British government, the city has enjoyed developed existing cycle lanes, extensions to the Santander Cycles scheme, and driver awareness campaigns, attempting to make it into a pleasurable experience for those on two wheels. Transport for London is also installing an initial 1,000 extra cycle parking spaces across London targeted at busy areas around the city, as part of the Streetspace for London programme. 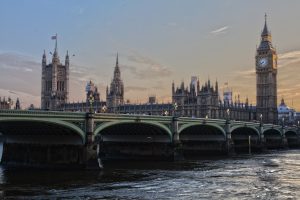 While it may be engrained into the cultural fabric for the British population to be more safety-conscious than their Dutch counterparts, the enormous disparity between helmet-wearing cyclists is notable, and one which may be caused by a low tolerance for cyclists by petrol powered vehicle owners when sharing the road.

Elsewhere, the second highest on DEKRA’s list was Vienna with 26.7%, while Berlin, Warsaw and Paris complete the top five. The French capital have also made strides to make an overhaul to its cycling network, with over 650km of new cycle lanes set to be installed in their near future.