With entries to the BIKE Magazine Photography Contest closing this month, anticipation for the winning snapshots to be revealed to the public are steadily building.

What can BIKE Magazine readers look forward to seeing from the competition this year?

The Wilds of Nature

The world around us is dynamic and exciting, with so many things to see and places to explore. The BIKE Magazine Photography Contest understands this, with the Special and Nature categories especially encouraging works that capture the beauty and spectacle of the world around us.

One of the most electrifying entries we received in last year’s BIKE Magazine Photography Contest was Valerio Ferraro’s winning shots of wild bears in Kurile Lake in Russia. The photographs include bears patrolling the coastline and cubs play-fighting on the shore, but one the most powerful snapshots shows an adult bear leaping from the water after a fish.

The photograph is shot with great technical skill, perfectly captured to show the movement of the water and the power behind the animal. It is an incredible sight, and something that may be difficult to believe without the photograph to back it up.

Expect similar thrills from this year’s entries, with technically impressive and exciting shots of things needing to be seen to be believed.

Snapshots of the World

Photography offers us an insight into the world around us, into cultures and lives of people across the globe with an intimacy wholly unique to the art form. Photography lets people see what life is really like for people, through snapshots of daily interactions and the spaces around them.

These winning photographs from the Touring- Exploring the Wild category of last year’s competition are perfect examples of the power photography has to capture the world around us, and to artistically present places and peoples many of us will never have the chance to see.

The BIKE Magazine Photography Contest 2022 is also sure to be host to many an eye-opening snapshots of people and places around the world, and be sure to keep your eyes peeled for our April issue where the winners will be revealed.

The Art of the Sport of Cycling 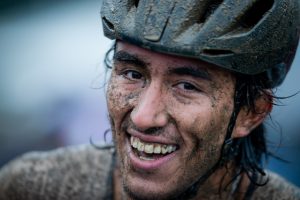 While not every category in the competition focuses on cycling, being a photography contest from a cycling publication, there is a fair focus on the sport throughout a number of the categories contestants of the BIKE Magazine Photography Contest. The scope of these categories, however, allows for snapshots of the cycling world to be able to be captured in a variety of ways, truly highlighting the beauty the sport has to offer.

Javier Martínez de la Puente Azcárate’s Pro Cycling category photos for example captures the incredible range of emotions of cyclists at the end of a tough race- joy, glee, and giddy excitement at what they have been able to accomplish. It’s a snapshot of an athlete that is rarely seen, showing us all that even the most seasoned professional cyclist feels the same joy of the sport as we do, allowing any cyclist to see themselves in these athletes. That they too may one day be able to be in a similar position.

Want to be a part of the BIKE Magazine Photography Contest 2022 story? Submit your photographs and be in with a chance of winning big!